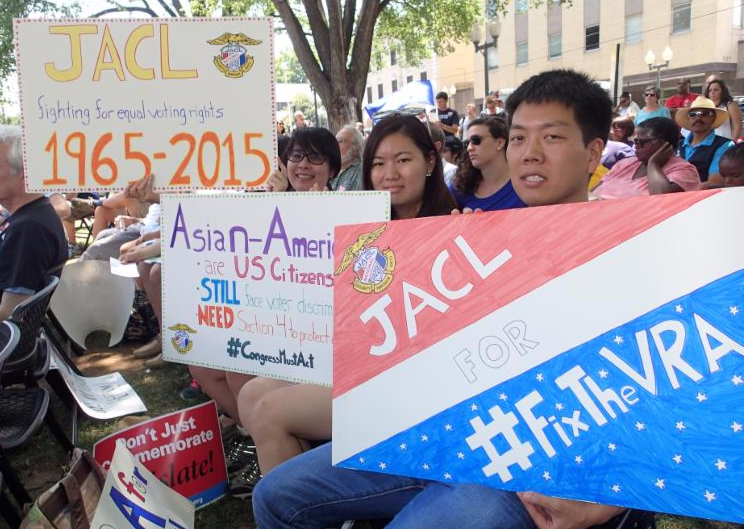 ROANOKE, VA —JACL joined more than 300 people from more than 40 organizations at the VRAForToday rally in Roanoke, Va., on June 25 to call for the restoration of the Voting Rights Act of 1965.

The rally was held on the second anniversary of Shelby v. Holder, a 2013 U.S. Supreme Court case that eliminated provisions requiring certain states to obtain federal preclearance before changing their voting laws and practices.
The rally took place only two blocks from the office of Rep. Bob Goodlatte, the current chairman of the House Judiciary Committee, who has yet to hold a hearing on proposed voting rights legislation despite public outcry.

JACL Executive Director Priscilla Ouchida was one of a number of speakers at the rally, asking, “When will the  government stop creating barriers to prevent Americans who look like me from voting?”