The national Japanese American Citizens League and the Twin Cities JACL Chapter has issued a statement condemning the use of so-called no-knock warrants.

The announcement came after an officer with the Minneapolis Police Department fatally shot Amir Locke, 22, on Feb. 2. Body camera video showed that Locke, a licensed gun owner, was killed in a raid unrelated to him. 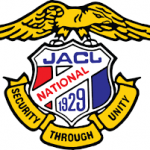 The video shows police entering Locke’s apartment. Locke, who appeared to have been sleeping, was startled awake by the commotion. He was holding a gun and was shot three times.

Locke was Black. The officer, identified as Mark Hanneman, is White.

In the statement, JACL said: “This tragedy highlights the danger these warrants continue to pose and recalls the police killing of Breonna Taylor in 2020. The police departments in both cases insist that ‘no-knock’ warrants decrease the risk of harm to officers, suspects, and nearby residents. However, these disturbing killings demonstrate that they are both extremely ineffective and very dangerous. Furthermore, they too often result in loss of life and deny Black community members their constitutional rights.

“Mass protests in Minneapolis and a youth-led student walk-out in St. Paul have captured national attention. We want to amplify their calls to action, which include an independent investigation, the prosecution of the individuals responsible for killing Locke, and a ban on ‘no-knock’ warrants as we demand justice for Amir Locke and all victims of police violence.”

On March 1, Rep. Ilhan Omar (D-Minn.) introduced the Amir Locke Stop Deadly No-Knock Warrants Act in response to the killing of Amir Locke and others due to these dangerous police actions.

JACL said it supports the bill, as well as more comprehensive efforts at reform including the BREATHE Act and the George Floyd Justice in Policing Act, which continue to stall in the Senate and could have prevented Amir Locke’s death, and added that it is “appalled by the continued congressional inaction in the face of these tragedies and demand legislation now.”

JACL added that the Japanese American community includes Black Japanese Americans who experience anti-Black racism from inside and outside the Japanese American community. Last year, the JACL passed a resolution affirming our commitment to supporting the Black Lives Matter movement, Black communities, and the civil rights and well-being of all communities threatened by systemic violence and racism. It pledged to “continue to engage with our membership alongside national and local partners in the fight to make these changes a reality.”