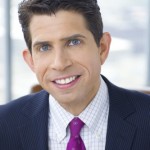 A Fox News Channel commentator issued an apology following statements he made Sept. 20 on a broadcast episode of “Cashin’ In,” moderated by Eric Bolling, during a discussion on whether there is a need to profile Muslims as a means to combat terrorism in the United States.

Jonathan Hoenig, a regular contributor and panelist on Fox News who also is a founding member of the Capitalist Pig hedge fund, issued the apology Sept. 27 following protests from Asian American leaders and organizations, including the JACL, Congressional Asian American Caucus and National Council of Asian Pacific Americans.

The panel, which included Wayne Rogers, Michelle Fields and Hoenig, tended to agree with Bolling.
“We should have been profiling on Sept. 12, 2001,” Hoenig said. “Let’s take a trip down memory lane here: The last war this country won, we put Japanese Americans in internment camps. We dropped nuclear bombs on residential city centers. So, yes, profiling would be at least a good start.”

The JACL, in a statement issued on Sept. 23, said: “The JACL rejects the absurd extreme of profiling that would lead to mass incarceration as suggested by Hoenig’s statement. The policy adopted by the Bush Administration to avoid the use of profiling as anathema to our civil liberties values continues today. It is a policy that must be maintained despite temptations to give in to the fear and hysteria that some would create about Muslims in America.

“During World War II, our country was led to believe that Japanese Americans were to be feared and thereby posed a security risk,” the statement continued. “This belief led to the dire consequences of establishing and operating American concentration camps based on the racial profiling of a group of people. Our system of government was established with important guiding principles that do not allow for the selective treatment of individual groups of Americans. It is a lesson we learned in the aftermath of World War II that must be repeated whenever the suggestion of disparate treatment of vulnerable groups arise.”

In his apology, Hoenig said, “I want to issue a sincere apology for my remarks on last week’s ‘Cashin’ In,’ which I believe were unfortunately misinterpreted. The internment of Japanese Americans during WWII was completely immoral. I’ve never defended it. In the context of our discussion on profiling, my point was to illustrate that profiling potential threats based on ideology could be a needed safeguard, and in the context of wartime, I believe being able to identify an enemy’s ideology, and be on the alert for it, is the first step to actually achieving peace.”

In his blog on Sept. 25 entitled “When Subtlety Is Lost,” Hoenig wrote, “My comments regarding profiling on last week’s ‘Cashin’ In’ did not praise the internment of Japanese Americans — quite the contrary. The point was to illustrate the brutal lengths this county went to win that war. I did not believe nor did I ever suggest internment was moral or even effective, only that, historically, profiling potential threats based on ideology during a time of war could have never been questioned, let alone objected to.”