WASHINGTON — Sept. 11 marks 20 years since the attacks that brought about a new time in our nation’s history. A period now known for the longest war our nation has ever been a part of, which has led to more military spending than during the Cold War and led to a rise in hatred and bigotry that is all too similar to the kind that led to the mass incarceration of 120,000 Americans of Japanese ancestry during World War II. 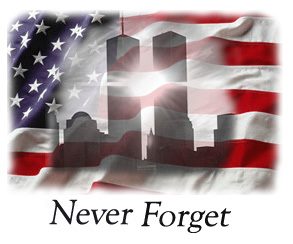 It was this dark similarity to the Japanese American experience during WWII that sparked a renewed pathway forward for our community, not seen since the successful redress movement in the 1980s. Japanese Americans were among the first and loudest to speak out against anti-Muslim and anti-Arab sentiments in the wake of 9/11.

JACL leadership at the time, led by President Floyd Mori and Executive Director John Tateishi, made strong and swift steps to ensure that on the national and local levels, the JACL was working with the Muslim, Arab and South Asian (MASA) communities in combating this new wave of xenophobic rhetoric.

Despite our efforts and those of many others, we have continued to see increases in hate crimes and incidents against MASA communities along with actions against other racial, gender and religious underrepresented groups.

The cruel and vicious Muslim Ban of the previous administration has separated families, denied access to critical healthcare and pushed a false narrative of necessity for increased national security.

We know that the underlying xenophobia and prejudice that has led to targeted actions such as the incarceration of Japanese Americans or the Muslim Ban are not isolated to these specific incidents but are part of an underlying state of disinformation and misunderstanding of underrepresented communities.

While there are those who see us as perpetually foreign, we are immigrants and citizens, mothers and fathers, neighbors and community members who call the United States our home.

“My memories of 9/11 are still very strong — the images of the Twin Towers, the shock, the sense of fear that lay like a dark cloud over the country. As an organization, the JACL responded within hours with letters to the White House and the congressional leadership urging them not to make the same mistake committed against Japanese Americans during WWII. At the national, regional and local levels, the JACL response was immediate, as all chapters responded to assist and do what they could to help protect Arab and Muslim communities,” stated then National Director John Tateishi. “For months following the terrorist attacks, I was engaged with national media, dealing with congressional issues and addressing audiences in all parts of the country. It was an intense time for us all, and I was proud that the JACL, as an organization, responded so effectively to provide protection and assistance to our Arab and Muslim communities. That moment in history brought into focus what we can be as an organization living up to its dedicated mission to contribute to the betterment of America.”

Then-JACL National President Floyd Mori recalled, “On 9/11, National Director John Tateishi and I were on the same page. We saw the potential hysteria as experienced back in 1941. JACL was one of the first to speak out with outrage but included a caution that we couldn’t allow what happened to Japanese Americans in 1941 to happen to Muslim Americans that day. Unfortunately, we saw racism raise its ugly head again.”

Current JACL National President Jeffrey Moy further noted, “In 2017, as the vp of public affairs for JACL, I spoke out during the chaos in our airports as people of Muslim faith were being banned from entry into the country. It was a stark reminder that the work that our members started over 15 years earlier wasn’t finished and that as Japanese Americans, we will always have a duty to speak out against injustice wherever and whenever it rears its ugly head.”

Even as we take this time to reflect on the tragedy of 9/11, we must also keep fighting against the biases, hatred and fear-mongering that have continued to harm MASA communities. While the rallying cry of “never forget” allows us to remember and honor the lives lost during this harrowing moment in our nation’s history, we must also never forget the lives that have continued to be affected over the past 20 years.

As Japanese Americans, it is our duty to stand with and support all those who are impacted by injustice and bigotry. For while there were very few who spoke out against our unjust treatment during World War II, we have the ability to call upon our history, memories and intergenerational traumas to say, “Never again.”