Additional organizations also join in peaceful protest of the Trump administration’s plan to detain unaccompanied minors at the Oklahoma site.

By JACL National and P.C. Staff 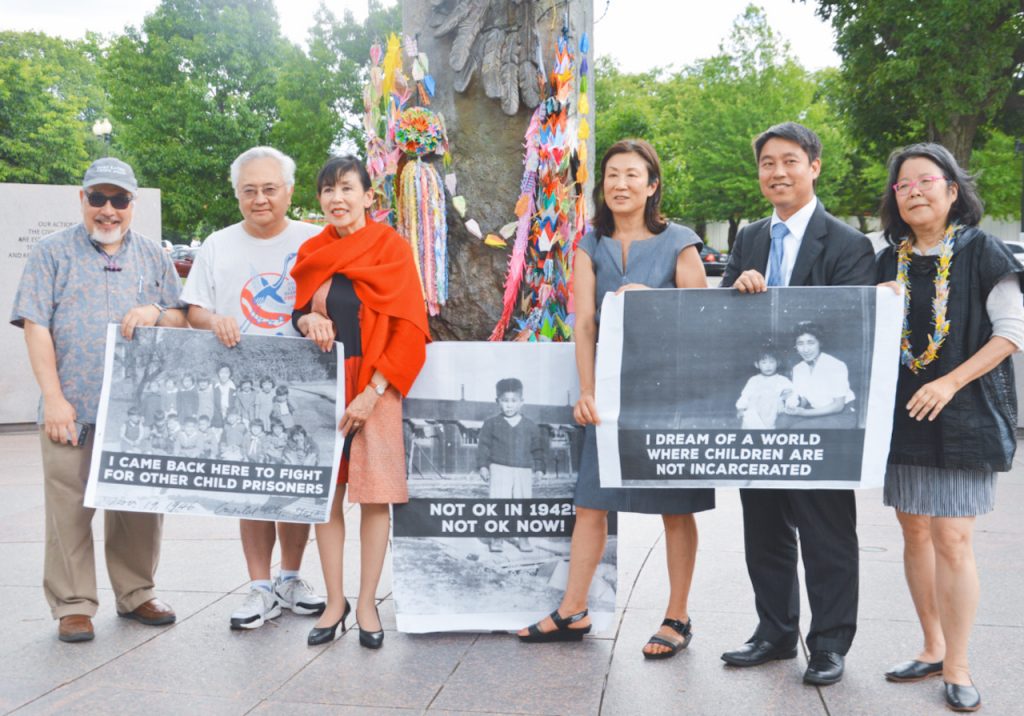 Several community leaders, including JACL’s David Inoue, Korematsu Institute’s Karen Korematsu, HMWF’s Shirley Ann Higuchi and Tsuru for Solidarity’s Nancy Ukai spoke about the effects of the Japanese American incarceration on their parents and generations of their families.

”The impact of incarceration spans generations,” said Inoue. “That is the legacy we are creating for these children now. The psychological impact, on top of what they have already endured, will be with them forever. Instead of helping them heal from their past that brought them here, we are making things worse. It is out of a deep feeling of compassion for what any refugee family or child must be experiencing that we all come here today to call for a stop to our inhumane treatment and say stop.

There are alternatives to mass imprisonment of refugees, especially the children. In fact, our laws demand it. And we do this all because of ‘Kodomo no tame ni.’ ”

The Trump administration’s Office of Refugee Resettlement announced it would begin housing 1,400 unaccompanied minors at Fort Sill indefinitely beginning as early as July. Fort Sill has a troubled history, serving as a military base that was used previously as a prison for Geronimo and hundreds of Chiricahua Apaches and also as an incarceration facility to imprison hundreds of Japanese Americans during World War II.

In an official statement released by the JACL, JACL National President Jeffrey Moy said, “All of the incarceration sites today remind the Japanese American community of the pain our government inflicted upon us. Many of those who survived the camps and who are still living today were children when they were incarcerated. Reactivating sites such as Fort Sill for the purpose of incarcerating children serves only to reopen these deep emotional scars while simultaneously creating new ones in an already vulnerable population.”

JACL noted that in 1942, “Fort Sill imprisoned approximately 700 Japanese immigrants without evidence of sedition of disloyalty. … Fort Sill was also used under the previous administration for emergency housing of detained immigrants. It was wrong then and is wrong now. JACL reiterates our opposition to the nation’s policy of expanded detention of minors often for periods longer than legally acceptable. The psychological damage being done to these children is permanent and will be echoed by way of intergenerational trauma for years to come.”

JACL went on to implore Congress to “seek swift passage of the Dignity for Detained Immigrants Act, which would prohibit prolonged detention of minors and promote the use of community-based supervision programs.”

Peaceful vigils are also being organized around the country to protest the move.

The group, who came from California, New Mexico, New York, Washington and Wyoming, then headed to a rally in downtown Lawton that was attended by a crowd of more than 300. The sponsoring group, Tsuru for Solidarity, led by Mike Ishii, Satsuki Ina and Ukai, plans to take 125,000 cranes to Washington, D.C., in 2020. 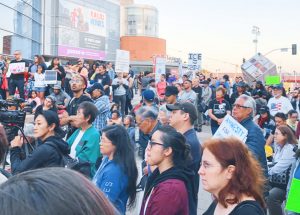 And another rally was held in Los Angeles on June 27 at the Japanese American National Museum where community organizations demanded an end to the inhumane conditions at ICE facilities and compassion toward all people.

“I applaud the organizers of the mobilizations in Los Angeles’ Little Tokyo, San Francisco’s Japantown and San Jose’s Japantown to denounce the use of American-style concentration camps to imprison migrant children and families. Our community has both the moral obligation and authority to speak out about scapegoating and unjustly incarcerating an entire group of people,” said Jon Osaki, executive director of San Francisco’s Japanese Community Youth Council. 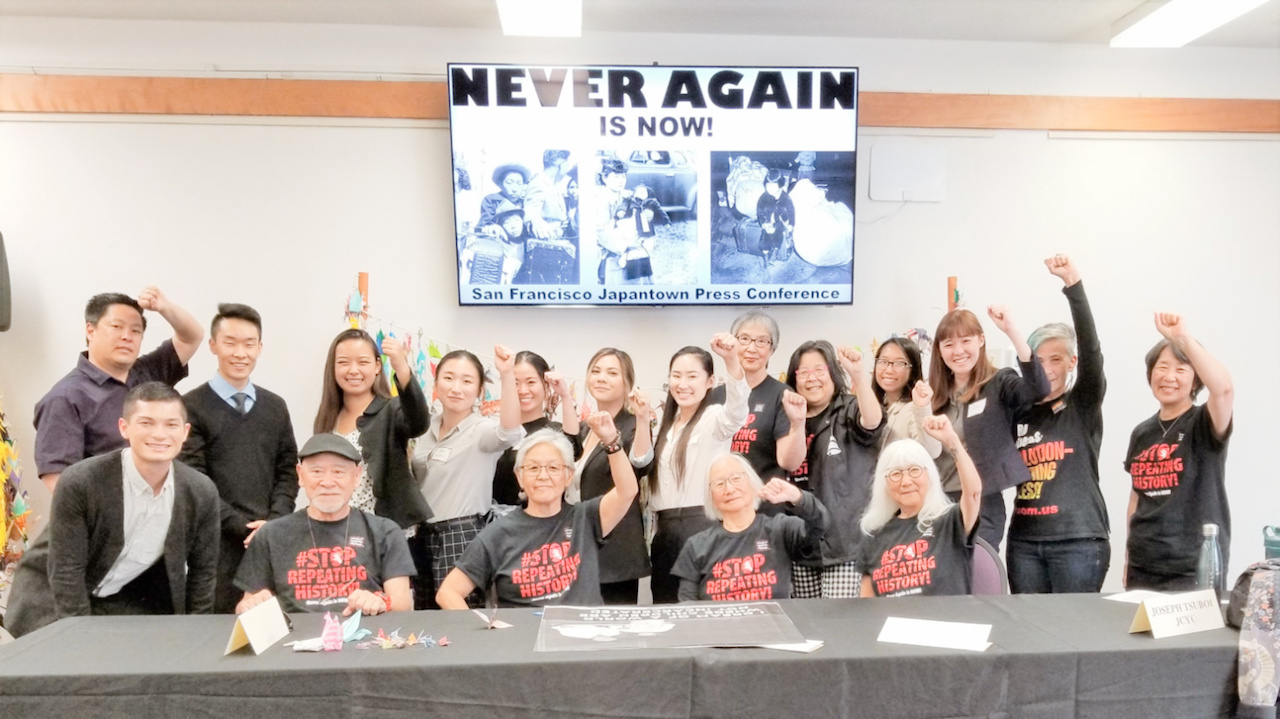