Among the weekend’s highlights, the consortium also builds membership and momentum for JACS reauthorization. 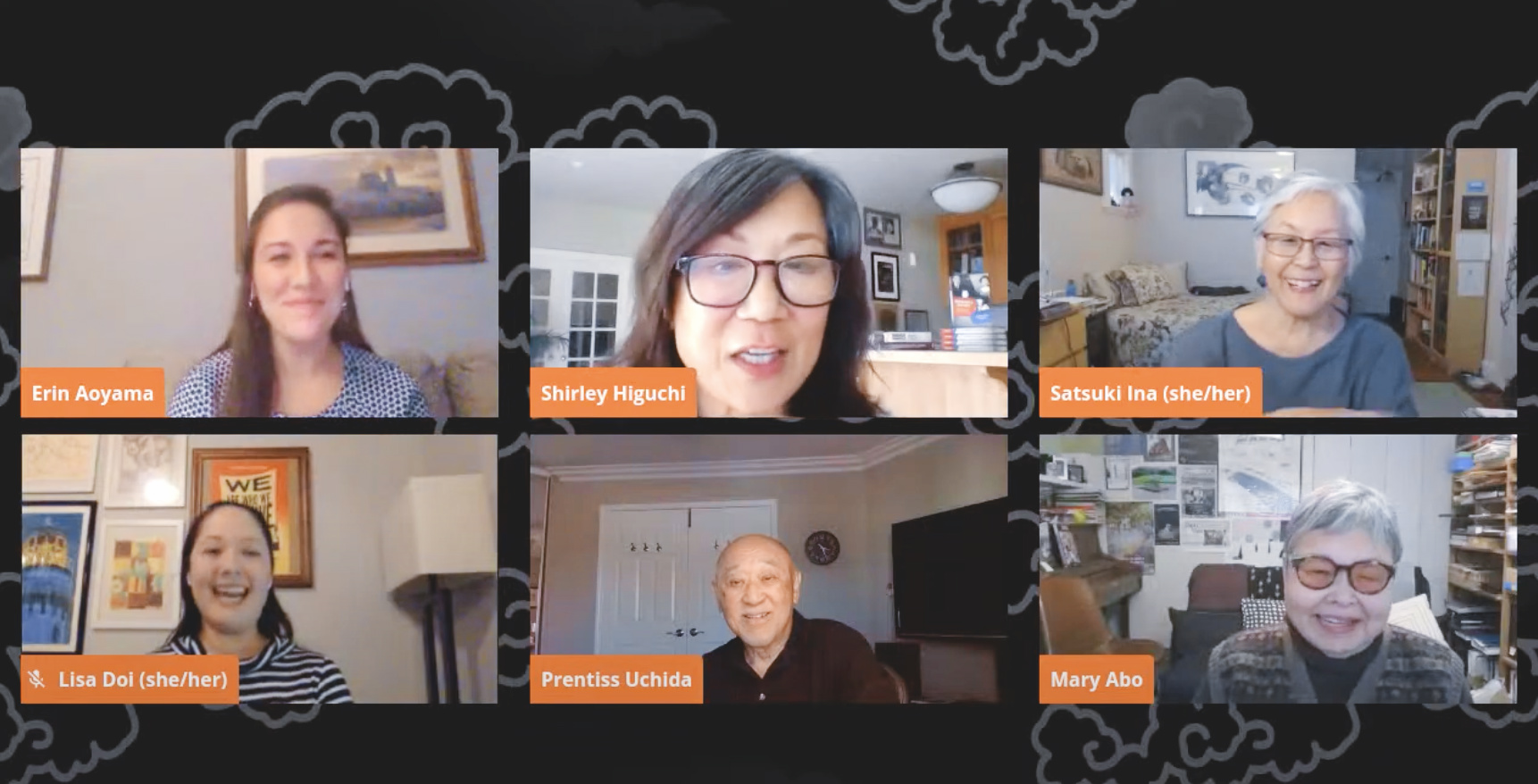 Members of the Japanese American Confinement Sites Consortium are gathering support for a permanent extension of the federal program that has helped pay for the revitalization of multiple sites where 120,000 people were imprisoned during World War II.

The support was announced during the JACSC virtual meeting and educational forum, which was held Oct. 17-18. The bill by Rep. Doris Matsui, a California Democrat who was born while incarcerated at the Poston, Ariz., camp, will permanently reauthorize the National Park Service’s Japanese American Confinement Sites program and add another $38 million in funding. (See story here.)

Matsui’s bill, which was introduced Oct. 21, will also include about $10 million to pay for educational programs to teach about the racism and human rights abuses in the incarceration and the issue’s relevance today. It’s modeled after the Never Again Education Act for Holocaust education that will fund programs through the national Holocaust Museum in Washington, D.C. 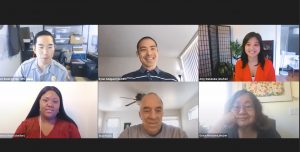 David Inoue, executive director of the JACL, and Floyd Mori, a former JACL president who helped develop the first JACS bill, are working with Matsui’s office on the new bill.

Young sent out a tweet on Oct. 21 announcing his support for the bill.

“I’m proud to join my friend, @DorisMatsui, as we introduce the Japanese American Confinement Education Act,” Young said. “This bill takes crucial steps to educate younger generations about the horrors of Japanese internment, so that it will never happen again.”

The weekend session and the support for Matsui’s bill showed the maturation of the consortium in the four years since it was created following the successful fight to stop a national auction of art created by incarcerees living in the 10 camps run by the War Relocation Authority.

“This is really only our fifth meeting, and it is really quite extraordinary,” said JACSC Manager Mia Russell.

More than 200 participants in the weekend sessions included members of the groups that make up the consortium, as well as several prospective members. They heard experts in developing new approaches to oral histories, preserving and conserving heritage and developing successful museums in COVID times; they also were able to draw inspiration from upcoming leaders.

All of the JACSC members have been forced to adapt to the challenges posed by the COVID-19 pandemic, Burroughs said, and Russell added that most JACSC members increased their online educational programs once the pandemic started.

JANM has adapted many of its exhibits to online presentations that can now reach thousands of people who are now limited in their ability to travel to the museum in the Little Tokyo neighborhood of Los Angeles.

“We had to determine how to pivot on a dime with the pandemic,” said JANM curator Clement Hanami.

The Heart Mountain Wyoming Foundation, led by Executive Director Dakota Russell, has also expanded its online offerings, which include a series of presentations featuring aspects of a new book by Shirley Ann Higuchi, chair of the HMWF.

Heart Mountain has also received a grant from the National Endowment for the Humanities to provide more online programming, including a series of podcasts.

The weekend was kicked off by a session involving Higuchi and Dr. Satsuki Ina, a psychotherapist, former incarceree at the Tule Lake, Calif., camp and a founder of the group Tsuru for Solidarity.

Higuchi said she has learned more about the multigenerational trauma suffered by her parents, herself and brothers from her parents’ incarceration at Heart Mountain. That experience makes up the core of her recently released book “Setsuko’s Secret: Heart Mountain and the Legacy of the Japanese American Incarceration.”

Being separated from their fathers during the war influenced much of their behavior, Abo and Uchida said.

Abo’s father was arrested by the FBI shortly after the attack on Pearl Harbor and put in a Justice Department camp while the rest of the family was sent from its home in Juneau, Alaska, to Minidoka. Abo said her mother spoke little English and feared being shot by the police.

Uchida’s father left Heart Mountain to work on the Great Northern Railroad. Uchida said he resented his father’s presence after his work on the railroad ended and he returned to join them in camp.

Amidst the rise of anti-Asian sentiment during the pandemic and the call for Black Lives Matter, a resurgence and new activism is taking hold in the Japanese American community, and many people are looking for ways to be supportive.

Another panel held during the education conference featured several community leaders, who all gathered to talk about positive steps forward in expressing social justice for all.

Susan Hayase, a community leader who has been active for decades, recently founded San Jose Nikkei Resisters, who are working on a collaborative community effort, Nikkei for Black Lives, and supporting HR 40. 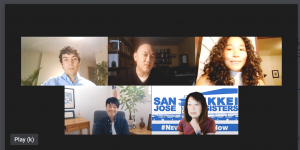 Emily Akpan, a Black Nikkei who is building a coalition of Black Nikkei, expressed gratitude for longtime activists and spoke out for recognition, acceptance and space within the Japanese American community for Black Nikkei.

Vinicius Taguchi of Twin Cities JACL was propelled into action by the local killing of George Floyd and has been organizing community conversations around police accountability at the local and government levels ever since.

Moderator Mike Ishii, co-chair of Tsuru for Solidarity, lead this impactful multigenerational panel of movers and shakers and concluded that finding partners is key, and that their work is also a means for healing the community and individuals. Anyone is welcome to join these leaders and their organizations. 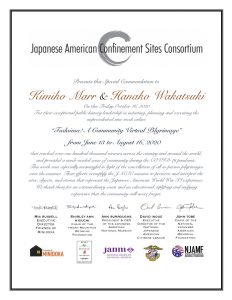 A special JACSC commendation was given to Kimiko Marr and Hanako Wakatsuki for their outstanding leadership contributions. (Photo: Courtesy of JACSC)

The consortium also recognized Kimiko Marr of the Japanese American Memorial Pilgrimages and Hanako Wakatsuki of the National Park Service for their public history leadership, creativity and hard work in creating this summer’s”Tadaima! A Community Virtual Pilgrimage,” which “provided a much-needed sense of community during the COVID-19 pandemic.”

“Tadaima!” spanned nine weeks from June-August and presented dozens of films, prerecorded and live presentations, seminars, performances and interactive demonstrations about various aspects of the Japanese American incarceration and its relevance to current issues.

Densho’s Brian Niiya said he was grateful for Hirabayashi’s work to expand the field of Asian American studies and Japanese American history. Hirabayashi, Niiya said, also restored the landmark film “The Issei” and used many other films in his teaching.

They also welcomed Judy Lee of the Museum of Riverside, who is helping to restore the iconic Harada House in Riverside, Calif.

For more information on the JACSC, please contact Mia Russell at mia@jacsc.org. 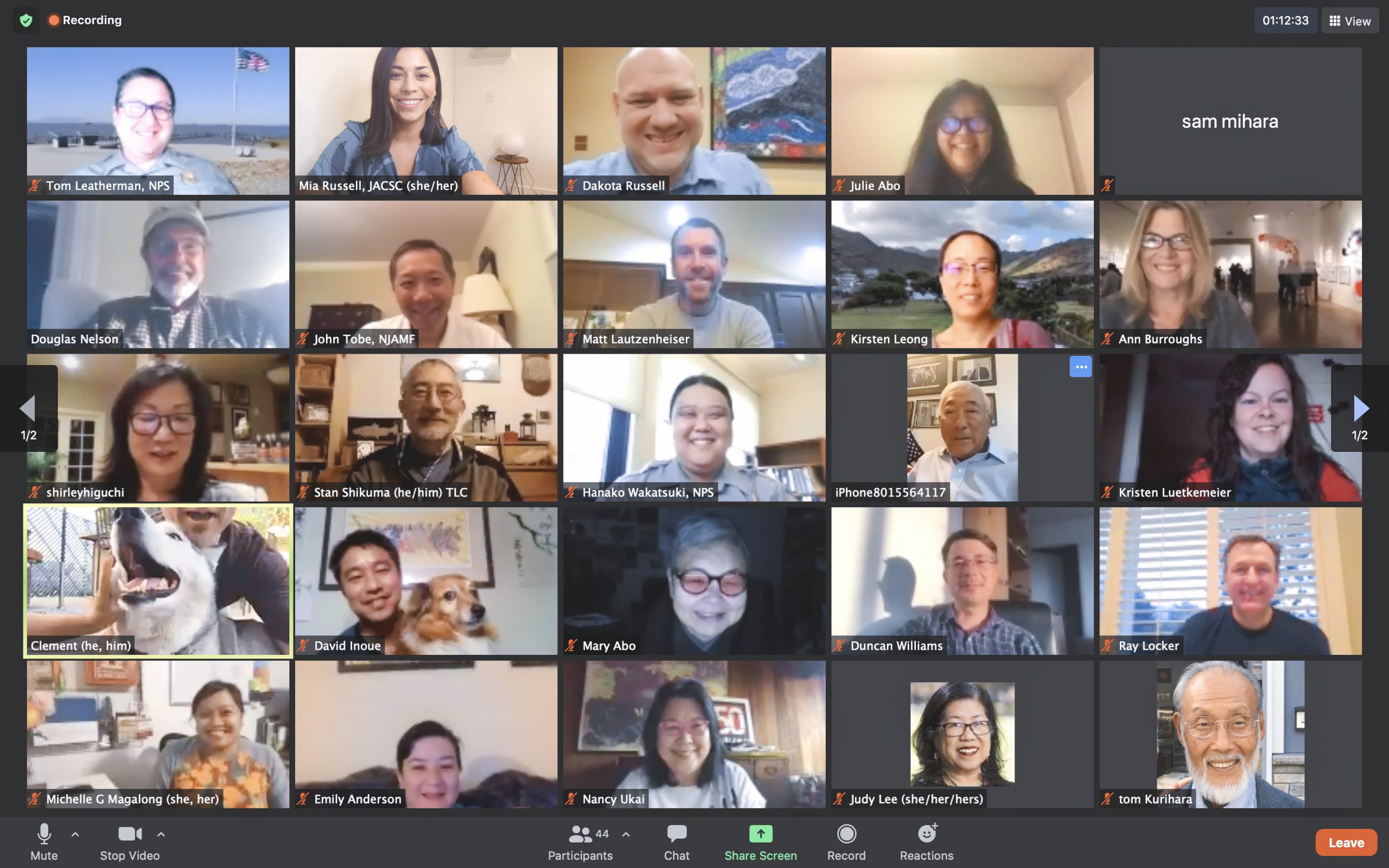 Participants during the closing remarks meeting for the JACSC education conference that was held Oct. 17-18, with a public facing program on Oct. 16. (Photo: Julie Abo)