NARA, Japan (AP) — Former Prime Minister Shinzo Abe was assassinated July 8 on a street in western Japan by a gunman who opened fire on him from behind as he delivered a campaign speech — an attack that stunned a nation with some of the strictest gun control laws anywhere. 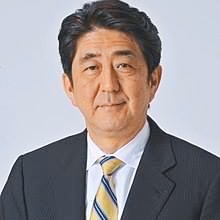 The 67-year-old Abe, who was Japan’s longest-serving leader when he resigned in 2020, collapsed bleeding and was airlifted to a nearby hospital in Nara, though he was not breathing and his heart  had stopped. He was later pronounced dead after receiving massive blood transfusions, officials said.

Police at the shooting scene arrested Tetsuya Yamagami, 41, a former member of Japan’s navy, on suspicion of murder. Police said he used a gun that was obviously homemade — about 15 inches long — and they confiscated similar weapons and his personal computer when they raided his nearby one-room apartment.

Police said Yamagami was responding calmly to questions and had admitted to attacking Abe, telling investigators he had plotted to kill him because he believed rumors about the former leader’s connection to a certain organization that police did not identify.

Prime Minister Fumio Kishida and his Cabinet ministers hastily returned to Tokyo from campaign events elsewhere after the shooting, which he called “dastardly and barbaric.” He pledged that the election, which chooses members for Japan’s less-powerful upper house of parliament, would go on as planned.

“I use the harshest words to condemn (the act),” Kishida said, struggling to control his emotions.

Even though he was out of office, Abe was still highly influential in the governing Liberal Democratic Party and headed its largest faction, Seiwakai, but his ultranationalist views made him a divisive figure to many.

Opposition leaders condemned the attack as a challenge to Japan’s democracy. Kenta Izumi, head of the top opposition Constitutional Democratic Party of Japan, called it “an act of terrorism” and said it “tried to quash the freedom of speech … actually causing a situation where (Abe’s) speech can never be heard again.”

Tributes to Abe poured in from world leaders, with many expressing shock and sorrow. U.S. President Joe Biden praised him, saying “his vision of a free and open Indo-Pacific will endure. Above all, he cared deeply about the Japanese people and dedicated his life to their service.”

Biden, who is dealing with a summer of mass shootings in the U.S., also said “gun violence always leaves a deep scar on the communities that are affected by it.”

Japan is particularly known for its strict gun laws. With a population of 125 million, it had only 10 gun-related criminal cases last year, resulting in one death and four injuries, according to police.