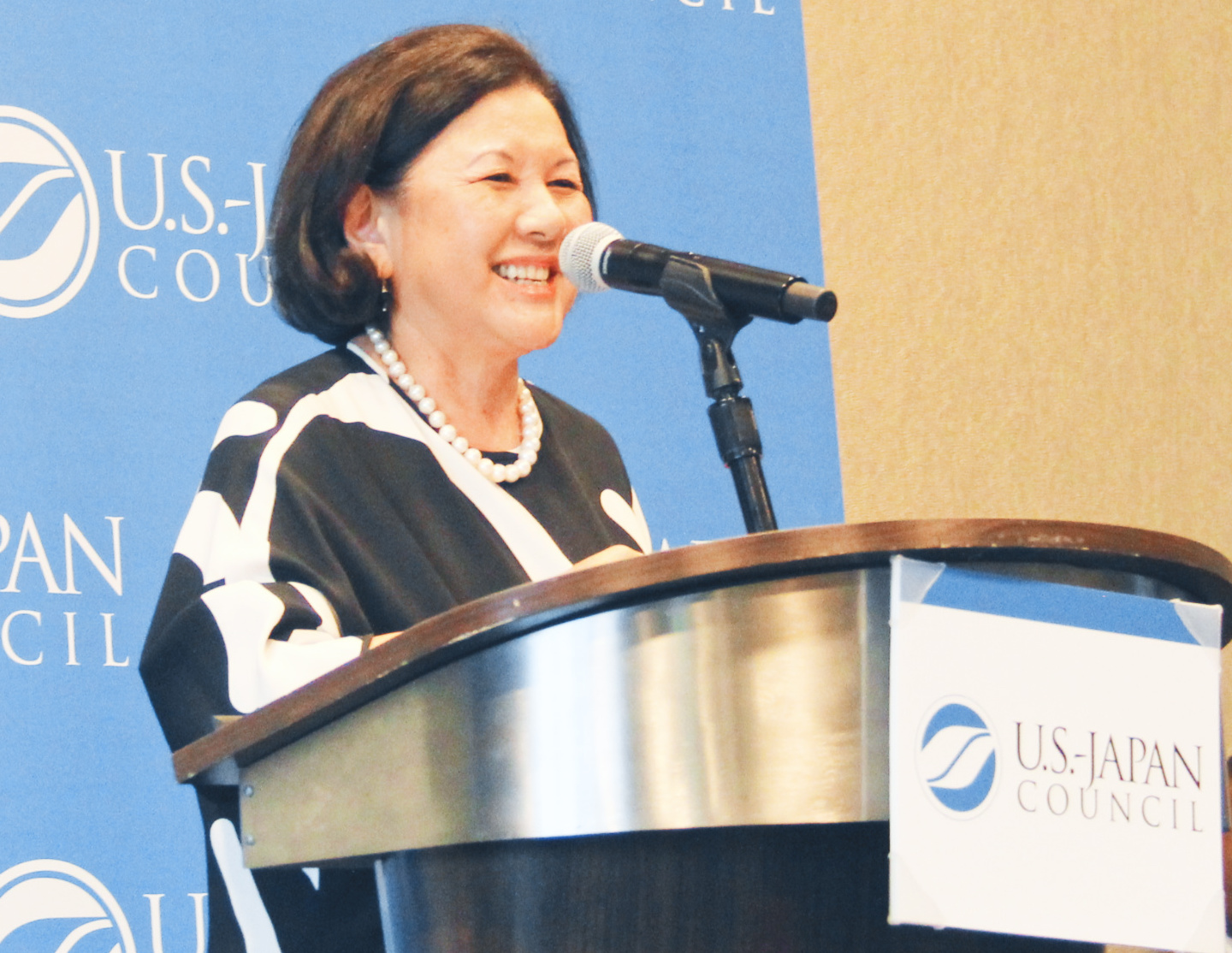 USJC President Irene Hirano Inouye has announced plans to retire later this year. The council is now launching a search for a CEO to lead it into the future.

WASHINGTON — The board of directors of the U.S.-Japan Council announced the decision of President Irene Hirano Inouye to retire later this year and the launch of a search for a CEO, a new position at the council, on Jan. 30.

Founded in 2008 and headquartered in Washington, D.C., with staff in California, Hawaii and Japan, USJC’s mission is to develop and connect diverse leaders to strengthen the U.S.-Japan relationship.

“The board and I began discussing leadership succession around the tenth anniversary of USJC as we looked at how to meet the challenges of our next 10 years. Coupled with some personal considerations, I believe it is the right time to begin this change, which will better position us in this new decade to address a host of emerging and evolving opportunities,” said Inouye.

Board Chair Phyllis Campbell noted, “After considerable deliberation, President Hirano Inouye and the board of directors have agreed 2020 is the opportune time to move forward with the next phase of leadership succession, one that will allow Irene to support the council in an advisory role in the future.”

Campbell will lead the board of directors’ search for a CEO, which is expected to take several months with the goal of selecting a CEO during the second quarter. The board will be seeking an experienced leader with extensive background in U.S.-Japan relations and fundraising to grow the scope and scale of the USJC’s strategic plan, including a new endowment campaign as well as a new leadership initiative, over the next decade.

Campbell praised Inouye for the council’s successes over the past decade in developing meaningful connections between and among leaders in Japan and the U.S.

“Irene’s tenure has been a remarkable one — from the day she accepted the role of spearheading the council in its formative years to the impressive 700-member leadership organization it is today,” she said. “Irene has been a formidable and relentless champion of a stronger U.S.-Japan relationship, and she has our enduring admiration and respect.”

Through her leadership at the USJC, Inouye has also helped to establish and continues to administer the TOMODACHI Initiative, a public-private partnership between USJC and the U.S. Embassy in Tokyo, with support from the Government of Japan, that invests in young Japanese American leaders through educational and cultural exchanges as well as leadership programs.

Inouye’s professional and community activities include serving as chair, Smithsonian Institution Asian Pacific American Center; trustee, the Washington Center; member, American Academy of Arts and Sciences; member of the Advisory Board, Center on Philanthropy & Public Policy at Price School of Public Policy, University of Southern California; and chair of the Advisory Board, Terasaki Center for Japanese Studies, University of California, Los Angeles. She also served as former trustee and past chair of the Ford Foundation and former trustee and past chair of the Kresge Foundation.

She was married to the late U.S. Sen. Daniel K. Inouye of Hawaii.

For more information on the CEO position description and application information, visit the USJC website (www.usjapancouncil.org).