His signature signoff, “Onward!” will always continue to inspire others to take action.

In a region known for its towering, long-lived trees, a giant of another sort fell when Watsonville, Calif.’s Masaru Hashimoto died on June 20. He was 86.

According to published reports, in recent years Hashimoto had been fighting pulmonary fibrosis, and he died from its complications.

Known to all as “Mas” — or, according to a Densho oral history, “Mousie” as a boy — the revered and admired educator was born in Watsonville on Sept. 15, 1935, to first-generation Japanese immigrants Nami (Haraguchi) and Ikuta Hashimoto, the seventh and last-born son, preceded by six brothers.

Mas’ father died when he was 3. At age 6, his mother and some of his brothers were removed to the Salinas Assembly Center in California prior to being incarcerated at the Poston WRA Center (Camp 1, followed by Camp 2) in Arizona as a result of President Franklin D. Roosevelt’s Executive Order 9066.

A noted public speaker on the Japanese American experience, Hashimoto was a stalwart and active member of the Japanese American Citizens League’s Watsonville-Santa Cruz chapter. Regarding Hashimoto’s societal contributions and activism, JACL National President Jeffrey Moy said, “Mas Hashimoto was a pillar of the community, always present for JACL, whether representing Watsonville-Santa Cruz in-person at conventions and other events or digitally through the chapter newsletter. He was steadfast in his beliefs and deeply passionate about civil rights, but also welcoming and well-respected by all. Through his work as a teacher and community leader, he had a profound impact on countless people across generations. It’s hard to imagine a National Council session without his presence, and I know he will be deeply missed by all.”

Echoing those sentiments was JACL Executive Director David Inoue, who said, “What Mas will be remembered for is his role as an educator. He imparted his passion for protecting the fundamental civil and human rights of all people to so many of his students and members of the community with whom he interacted. He and I often spoke about the importance of JACL engaging with non-Japanese Americans to ensure that our story is not only remembered but also that they, too, could carry it on to others. It was important that the Japanese American story connect to the experiences of other communities so that we could truly understand our shared fight for justice and develop solidarity with one another.”

In his adult years, he served in the Army from 1958-60. Mas married Marcia Hashimoto, who survives him, in 1970. Both he and his wife were educators. Mas Hashimoto spent 40 years at Watsonville High School — four as a student and 36 as a teacher of U.S. history before retiring in 1996. During his career, he taught nearly 7,000 students. 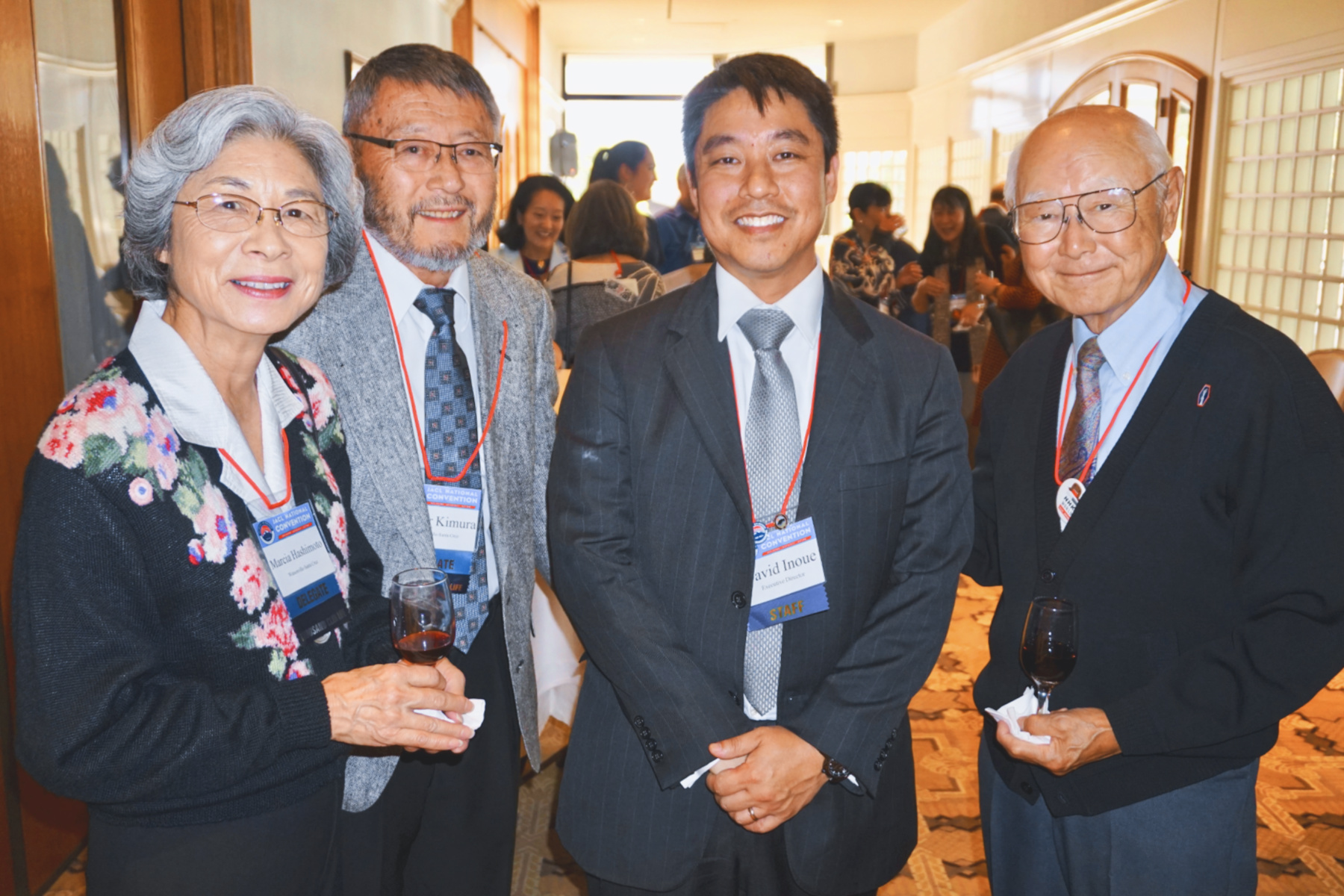 Marcia and Mas Hashimoto were also active members of the Watsonville Buddhist Temple. He stayed productive to the end of his life, contributing a column to the Pacific Citizen that appeared in the June 24, 2022, issue, a tribute to his late friend, former Transportation Secretary and U.S. Rep. Norman Mineta.

After retiring as a teacher in 1996, Hashimoto continued to educate others as a public speaker. In an oral history with Densho, he said, “I go to different schools … to teach about the Japanese American [incarceration] experience. … I go to third, fourth grades because it’s in the curriculum. Eighth grade, juniors in high school, seniors. If it’s seniors, then it’s more on civics. So, more on the Korematsu case and Min Yasui and Gordon Hirabayashi, to colleges and university, to Rotary clubs.”

According to a published obituary, among Mas Hashimoto’s recognitions for his civil service are “Grand Marshall of Watsonville’s 4th of July 2011 Parade; KSBW’s Jefferson Award; the United Way of Santa Cruz’s City Community Hero Award; American Red Cross Lifetime Achievement Award; recognition from LGBTQ organizations; Freedom Rotary Club’s Paul Harris Award; JACLer of the Biennium; Buddhist Temple Dana Award; Okamoto Award; recognition by the Consul General of Japan and friends and Family of Nisei Veterans; City, County, and State Assembly Proclamation Awards; Prevention and Student Assistance 2021 Lifetime Achievement Award; and ongoing scholarships in Mas’ honor awarded by the Class of ’65 to graduates of WHS who are the first in their families to attend college.”

To read the transcript of Densho’s oral history with Hashimoto, visit tinyurl.com/2p8mp66m.