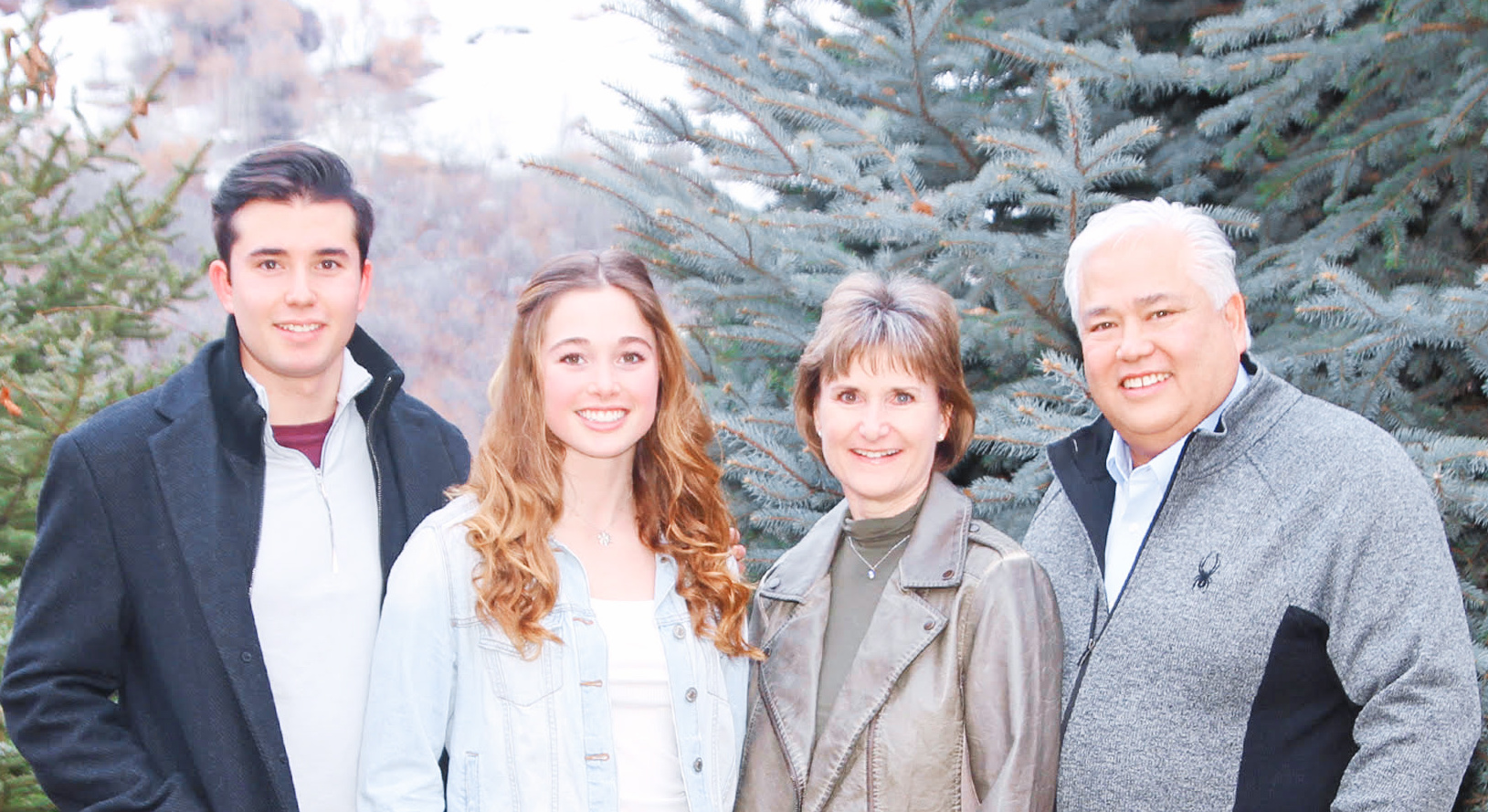 Chuck and Lori Townsend face an extraordinary ordeal when he gets COVID-19.

“I thought he was going to die.”

That was the assessment Lori Townsend had for Charles “Chuck” Townsend, her husband of more than 25 years.

As a nurse at the University of Utah Medical Center’s recovery room with more than 35 years of experience, including working in operating rooms and intensive care units, Lori’s conclusion was clinical, clear-eyed and desperate.

Chuck was on a ventilator in a quarantined ICU, fighting for his life. He had COVID-19. 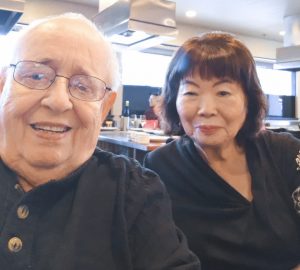 Fortunately, however, for Chuck, Lori, their son, Michael, and daughter, Katie, his folks, Chizuko and Kemp Townsend, as well as other relatives and friends, Chuck would not be among the more than 70,000 Americans who have died after becoming infected with the novel coronavirus.

But for several days in March, the outlook for Chuck was grim indeed. Now having recovered from the worst of the illness, Chuck says he can’t remember ever having been this sick.

Before they married, Chuck Townsend and Lori Polte were both once military dependents whose fathers served in the Air Force. They even attended the same Department of Defense high school in Japan’s Okinawa prefecture — but they were far from the stereotypical high school sweethearts.

“I never spoke to her, I was never necessarily in the same room with her, I didn’t have a class with her,” Chuck recalled of Lori.

Maybe they would have met, but before his senior year, Chuck’s father was transferred from Kadena Air Base to McClellan Air Force Base near Sacramento, Calif., and Chuck graduated from a nearby high school.

Chuck later attended the University of California, Davis, where he double-majored in electrical and computer engineering; following college, he secured a civilian job for the Air Force as an electronics engineer.

It was at a 10-year reunion for Kubasaki High School, from which Lori graduated, that the future couple connected and fell in love; they married a couple of years later in Sacramento.

As his career progressed, the Townsends moved to Hawaii, San Diego and, in 2003, Layton, Utah. Lori, meantime, was able to find work as a nurse wherever they lived.

As a senior solutions architect for telecommunications systems integrator Tyto Athene, Chuck travels nearly every other week and with Lori would travel to watch their kids, who attended Plymouth State University in New Hampshire, compete in NCAA carnivals as Division 1 skiers.

It was during the March 10-12 AFCEA (Armed Forces Communications and Electronics Assn.) conference in Boston that Chuck began feeling weak with chills and a fever. He can joke about it now, but Chuck knew something was seriously wrong when he lost his appetite. Still, he managed to gut it out and attend meetings until he flew home to Utah on March 13.

Meantime, as Chuck communicated with Lori about his condition, she was concerned — but admitted that neither of them made the connection at the time that he might have COVID-19.

Interestingly, in February, Lori, too, became very ill and was admitted to the hospital. Thinking back, Lori believes it is very possible that she — as well as several co-workers at the hospital who also became ill — had undiagnosed COVID-19, and that she may have given it to Chuck.

“That’s what the deal is with this COVID. It looks like you have pneumonia, and the pneumonia is what normally causes the ARDS. The virus was just attacking his lung tissue, and we had never seen this before.”
— Lori Townsend

“When he got home, I was like, ‘Ooh, he doesn’t look that great,’” said Lori. Chuck said he was feeling worse. While he didn’t have a fever, he still had no appetite. “The next day, I just felt so awful,” Chuck said.

“He couldn’t get up out of the chair to go to the bathroom without being short of breath,” said Lori about her husband’s condition on March 14. It was that shortness of breath that made her really concerned.

“I listened to his lungs. I’d watch him. He would recover once he sat down, and I was like, ‘OK, we’re going,’” said Lori, referring to urgent care. “He kept putting me off. ‘No, I’m feeling better now. I’m eating!’”

Lori remembered how on March 14, drive-through tents were being set up for Monday, the 16th.

“When we went to the urgent care, and you walk up to the door, they of course screen you. ‘Have you been out of the state or the country? Yes. Have you had fever? Yes. Do you have shortness of breath? Yes.’ They gave us face masks and told us to get back into the car, right now,” Lori said.

They did their triage over the phone with a nurse. “She said, ‘We need to see you,’ so they took us in the back door,” Lori said. “By this time, Chuck had to keep sitting down. He couldn’t walk without getting out of breath.”

Chuck was taken for a chest X-ray and then was put into a room. When the medical staff checked his blood oxygen level, it was 78 percent. A normal, healthy reading should be 95 percent or above.

“When the chest X-ray came back, they said, ‘Holy crap, he’s in ARDS,’” Lori said, referring to adult respiratory distress syndrome, a serious, ICU-level condition that is often fatal.

Within minutes, Chuck was put on oxygen and transported from the Farmington Station University of Utah’s urgent care to the Ogden Regional Medical Center’s ER.

While it appeared as though Chuck had pneumonia, when his cultures came back negative, it meant technically he did not.

“That’s what the deal is with this COVID,” Lori said. “It looks like you have pneumonia, and the pneumonia is what normally causes the ARDS. The virus was just attacking his lung tissue, and we had never seen this before.”

After being admitted, Chuck was initially placed on a BiPAP, which Lori describes as a CPAP (continuous positive airway pressure) machine with a little extra pressure. By March 15, he was intubated with a breathing tube and connected to a ventilator.

Ultimately, Chuck was hospitalized in an isolated ICU for about two weeks, with the ventilator forcing oxygen into his lungs so the tissues could rest during the first week.

In addition to being intubated and connected to a ventilator, Chuck said the doctors also treated him with a medication normally used for malaria patients: hydroxychloroquine, for about the first 10 days. That treatment overlapped with remdisvir for three days, finishing with remdisivir only through day 15 at the hospital.

While the ventilator saved his life, it was a highly uncomfortable experience, and Chuck’s arms had to be restrained to prevent him from unconsciously removing the breathing tube.

He was also kept under general anesthesia that first week, had a feeding tube and was on a catheter and, said Lori, “They put a big, huge IV in his neck with all the anesthesia medications because they needed him to be completely still.”

During this entire time, Lori could not visit Chuck because he was in an isolation room. Chuck remembers regaining consciousness and struggling against the ventilator. Lori compares it to breathing through a straw.

For patients on a ventilator, nurses also have to spray saline into the lungs and suction secretions and sputum out. It might be the closest someone might come to being waterboarded, Lori said.

By March 23, Chuck was extubated, but in his mental state, he remembers having strange hallucinations of “fuschia, pink and light-blue sparklies moving around” and stressing out about things like missing his wallet and thinking he was still in Boston and wondering how he was going to get home.

Lori, meantime, was having stressful thoughts of her own.

Based on her observations of what typically happened to the ARDS patients that she had taken care of, in addition to thinking that Chuck might not survive, she also thought that if he did live, he might have to go on disability and retire, and Chuck might have to be hooked up to an oxygen tank for the rest of his life.

“In retrospect, this COVID thing is totally different,” Lori said. “The middle-aged guys that are getting this and ending up on the ventilators don’t typically have sick lungs. For some people, it’s like they’re having a superallergic reaction to the virus, but they’re actually healthy. It’s a whole different scenario.”

Fortunately, Chuck was healthy, well under 65 with no pre-existing medical conditions, though he admitted he was overweight. As Chuck got better day by day, the thoughts of him not coming home went away pretty quickly, Lori said. “But I didn’t know what the long-term effects were going to be.” 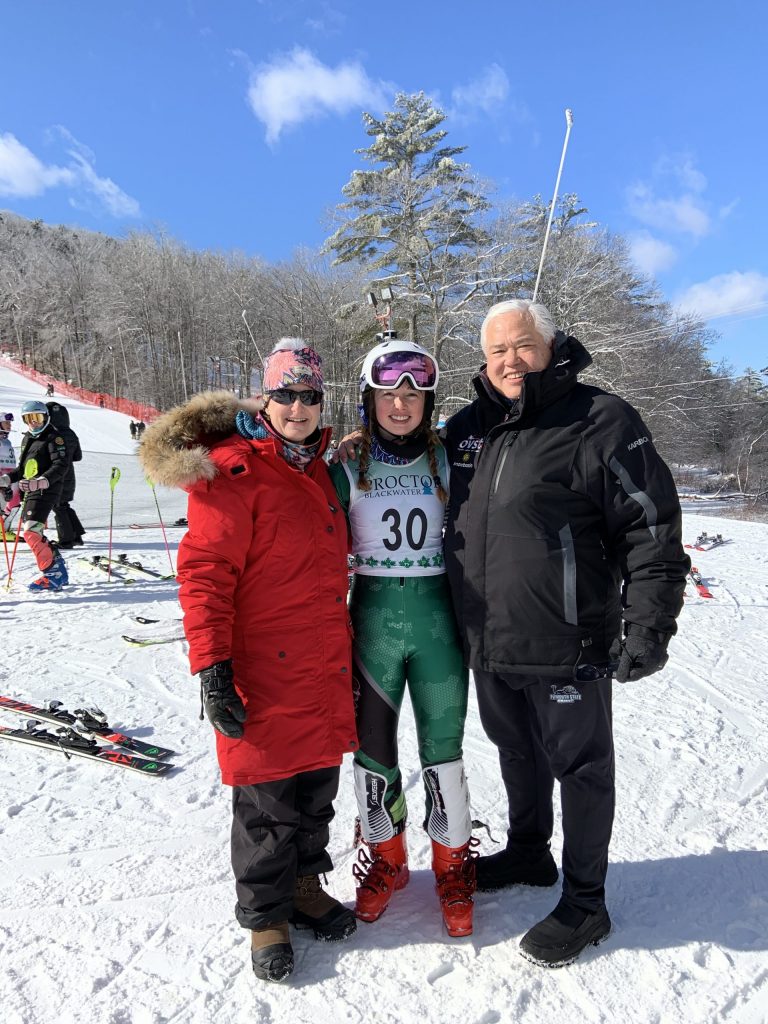 Lori, Katie and Chuck Townsend in February at the Proctor Ski Area in New Hampshire. (Photo: Courtesy of Lori and Charles Townsend)

By the end of the month, Chuck was finally released from the hospital. While returning home was a relief, Lori and their daughter, Katie — who returned to Utah to help her parents after her school was shut down — both had to take precautions so as not to catch the virus, should Chuck still be infectious.

Then, there were other issues, like taking the stairs in the family’s three-story home in his weakened state. While Chuck started working from home, by the end of a normal workday, he was wiped out, exhausted. But each day his strength and stamina began to return.

Still, there are some lingering effects, like neuropathy in his left arm and hand and in his right hand’s index finger and little finger. It ranges from discomfort to mild pain. Whether it’s caused by the lingering effects of the novel coronavirus, the hydroxychloroquine or muscle strain from fighting the restraints, Chuck is unsure.

Lori, for her part, was never certain whether she had COVID-19 when she was sick and has since experienced migraine-like headaches, which she never had before. Is it from emotional stress or something secondary? She doesn’t know. It’s still a process, in other words.

All in all, though, compared to what could have happened, Chuck considers himself fortunate to have come through his illness as well as he has.

One thing that Chuck could now say without hesitation, exaggeration or equivocation: You don’t want to catch this.

Related stories:
• Patience & Patients: Who Was That Masked Man?
• Poker Pro Wagers on Glutathione for Health