“A stitch in time saves nine.” “An ounce of prevention is worth a pound of cure.” “Sonae areba urei nashi.” “Be prepared.”

Those aphorisms, whether in English or Japanese, carry extra meaning with the world today, which has been staggered by the global COVID-19 pandemic.

But in practical terms, even with physical distancing, washing one’s hands multiple times a day, wearing masks and gloves and laundering one’s clothing often, is there some action each of us could take to avoid becoming infected?

Los Angeles-based Yosh Nakano believes there is something that people — especially those in the group experts have deemed most vulnerable to the novel coronavirus, i.e., those who are over 65, are immunocompromised or with underlying conditions — can do to fight coronavirus.

A “probabilities analyst,” or someone who has made a living as a professional poker player, Nakano — a former Boy Scout — has placed his bet to “be prepared” on three-letters: GSH, aka glutathione.

So, what is glutathione? In scientific terms, glutathione, or GSH, is a tripeptide that stands for three basic amino acids: l-glutamate, l-cysteine and glycine.

Nakano puts it this way: “It’s the most important molecule your body produces for health, wellness and longevity.”

Nakano, who freely admits that he is “not a doctor, and I don’t profess to be one,” says he has over the past 10 years nevertheless become an autodidact about GSH and its benefits.

According to Nakano — and science — GSH is the so-called “master antioxidant” that serves multiple functions, including countering the normally occurring oxidative stress and creation of free radicals caused by just being alive, as well as environmental factors like air pollution and lifestyle choices such as smoking, drinking alcohol, poor diet, not getting enough sleep, etc.

GSH is also crucial to the function of the body’s immune system in fighting off infections, whether fungal, bacterial or viral. The good news, Nakano said, is that our bodies produce GSH naturally.

The bad news, however, is that as we age, our body’s production of GSH declines, not unlike how many other bodily functions and processes decline over time. Making matters worse, those aforementioned lifestyle choices will deplete that naturally occurring GSH.

“People that are older have lower levels of glutathione, so they have weaker immune systems,” said Nakano. It is believed that GSH levels at the cellular level begin to decline by about 10 percent per decade after 20. Interestingly, news reports have documented that younger, healthier people have been less impacted by the novel coronavirus. Could there be a correlation between these elements?

To understand GSH, some background is necessary — and that means taking a path that leads to Dr. Herbert T. Nagasawa, a retired senior career research scientist at the Veterans Administration (before it became the Department of Veterans Affairs) in Minneapolis and an adjunct professor at the University of Minnesota’s Center for Drug Design. 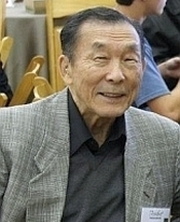 A chemist, Dr. Herbert Nagasawa developed a molecule he named RiboCeine, which helps the body’s ability to produce GSH, the so-called master antioxidant that is also a detoxifier and an immune system enhancer.

The Hilo, Hawaii-born Nagasawa, who turns 93 later this month, ended up in Minnesota like many other Nisei who, during World War II, were sent to the Army’s Military Intelligence Service Language School overlooking the Mississippi River at Ft. Snelling.

According to Scott Momii, a partner with Nagasawa and his son, Dr. Scott Nagasawa, in a company named Max R&D, the elder Nagasawa was involved in research at the VA with regard to veterans returning from the Vietnam War who had chronic alcohol problems.

“He knew that glutathione was very important in protecting the liver,” Momii said, “so he was trying to figure out ways to naturally enhance the production of glutathione in the body to help protect the liver.”

GSH, according to Momii, has three main salutary effects: as an antioxidant, a detoxifier and an immune-system enhancer. Under optimal conditions, glutathione is present in our organs to perform those functions.

Nagasawa’s research determined that ribose — a simple sugar — combined with cysteine worked the best at helping the body produce GSH that would, in turn, help detoxify the effects of alcohol and help prevent cirrhosis of the liver.

Nagasawa dubbed this new molecule RiboCeine and patented it after both the University of Minnesota and the VA expressed no interest in commercializing it. According to Momii, RiboCeine is uniquely able to deliver cysteine into the body’s cells, which then allow the effective production of GSH.

Via Max R&D, the Nagasawas and Momii serve as consultants to Max International with regard to the quality and manufacture of RiboCeine, international product registration and FDA compliance.

According to Momii, not only is RiboCeine proprietary, manufacturing it is not easy and even if it were reverse engineered, it would open that party to a patent infringement lawsuit.

In 2006, Nakano won the Intercontinental Poker Championship, which was televised on CBS. He was regularly playing poker with high rollers like Los Angeles Lakers owner Dr. Jerry Buss and traveling the world.

But Nakano was also a diabetic with arthritic knees and other problems, like neuropathy in his feet. Not only that, according to his website (YoshNakano.com), he felt his mind wasn’t as sharp as it had been in his youth. As a poker pro, his lifestyle, which included skipping sleep to play in tournaments and not eating as well as he should have, had taken its toll.

When Nakano first became aware of Max International’s GSH products about four years later, he began a daily regimen of its products, and those problems soon disappeared — and Nakano adds that he hasn’t been sick since. 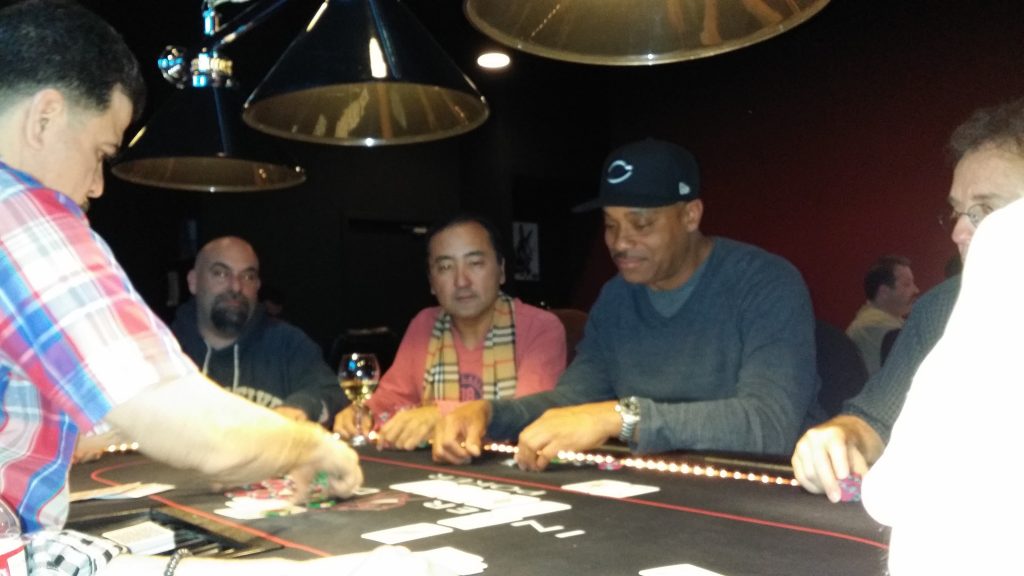 Yosh Nakano plays poker with Rocky Carroll (right), one of the stars of the CBS TV series “NCIS.” (Photo: Courtesy of Yosh Nakano)

He also made sure his parents, Joe and Tomiko Nakano — 97 and 87, respectively — began taking it. Yosh became a GSH evangelist of sorts and began selling Cellgevity and MaxOne as a sideline to making a living in poker, including producing a show titled “Celebrity Poker Gala” on Amazon Prime Video.

Interestingly, Nakano had been marketing Cellgevity as a dietary supplement that could help alleviate the effects of overindulging from drinking, despite the other benefits the optimal levels of GSH can confer.

Now, however, amidst this global pandemic, Nakano says GSH may be of value beyond alcohol detoxification.

Thing is, Cellgevity cannot be purchased at a supermarket the way one can buy a bottle of multivitamins. Max International’s business model is network marketing, meaning Nakano sells directly to his customers. While that may mean someone interested in buying Cellgevity as a dietary supplement cannot just conveniently pop in to their local drugstore, it also means Nakano can explain how and why it works.

For example, there are glutathione supplements that can be purchased off the shelf. But, said Nakano, “Oral glutathione is not bioavailable. If you’re buying glutathione off the shelves, you’re just wasting your money.”

Because of FDA regulations, there are limits to what anyone can claim about the efficacy of dietary supplements, Cellgevity included. That said, Nakano believes in the products he sells and says there is real science behind the benefits that GSH can provide, which trump dangerous and dubious treatments.

“All you have to do is google ‘glutathione’ and whatever condition or situation you want to refer to and you’ll have all kinds of thing pop up,” said Nakano. “What you need to do is stay away from the marketing sites and look up the studies that are published on PubMed.” (Note: The URL for PubMed is actually https://www.ncbi.nlm.nih.gov/pubmed/, a website of the National Library of Medicine at the National Institutes of Health.)

Anyone interested in Cellgevity can visit Nakano’s website (magicalgsh.com) for details. As a betting man, Nakano believes the odds are you’ll be a believer, too.